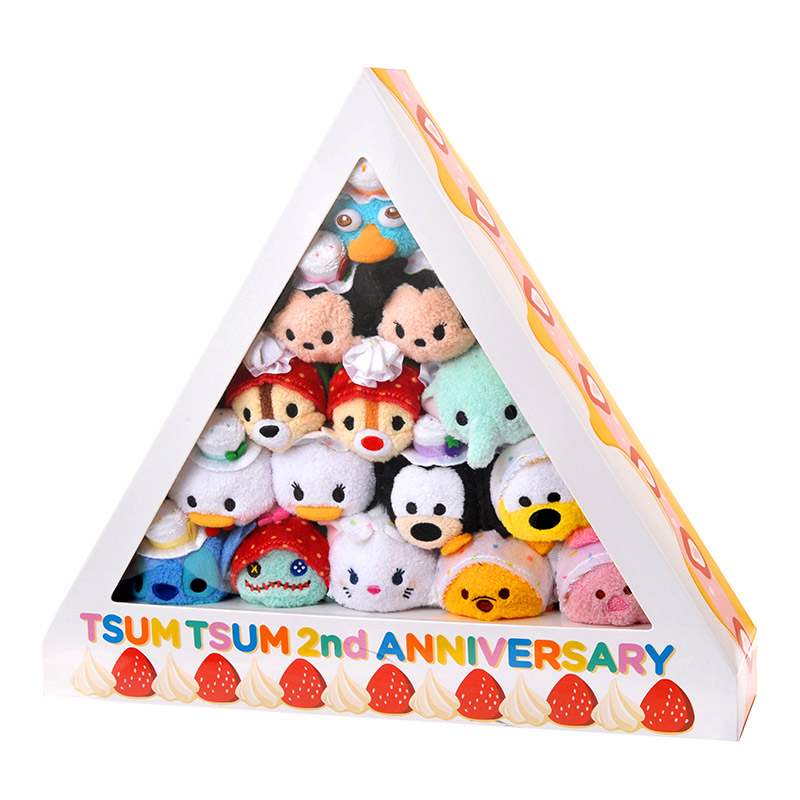 The release of the upcoming Tsum Tsum 2nd Anniversary set is right around the corner.  The set will be released at Disney Stores in Japan and online at Disney Store Japan’s website.  The set includes: Perry, Mickey, Minnie, Chip, Dale, Dumbo, Donald, Daisy, Goofy, Pluto, Stitch, Sally, Marie, Pooh and Piglet.  The set will retail for 10,260円 and will be released at 10:00 on Sunday, Oct. 18.  Below are some detailed photos of the new set from Disney.