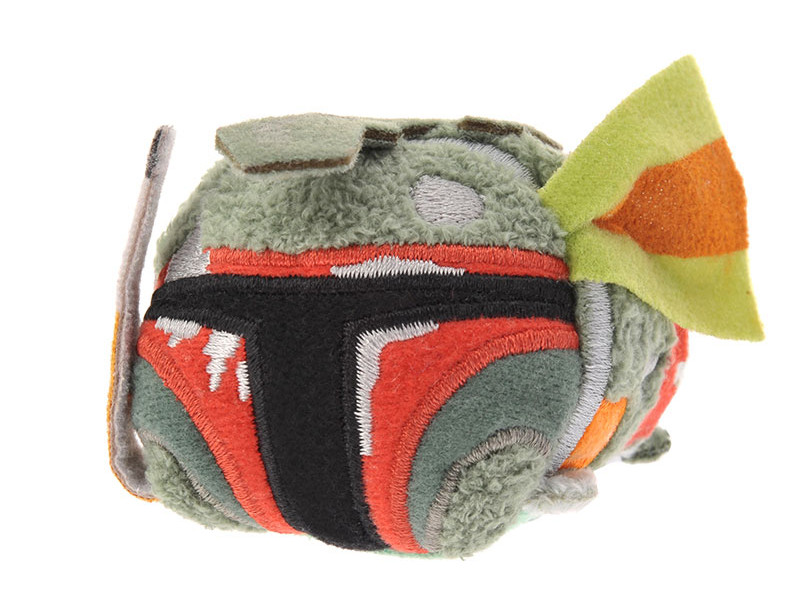 Disney is set for have two Tsum Tsum releases next week.  First on Tuesday, we’ll get the second Marvel release as a part of our normal Tsum Tsum Tuesday event.  However, Disney will also be releasing three new Star Wars Tsum Tsums on Wednesday, May 4 as a part of the annual Star Wars Day Events.  Included in the May the 4th release is a mini Battle Boba Fett, a medium Battle Boba Fett and a Large Regular Boba Fett.  Like the original Star Wars Tsum Tsums, look for all three of the new Boba Fetts to also be super popular.  Below is a detailed look at the mini Battle Boba Fett that will be in stores and should be online at Disneystore.com on May the 4th.