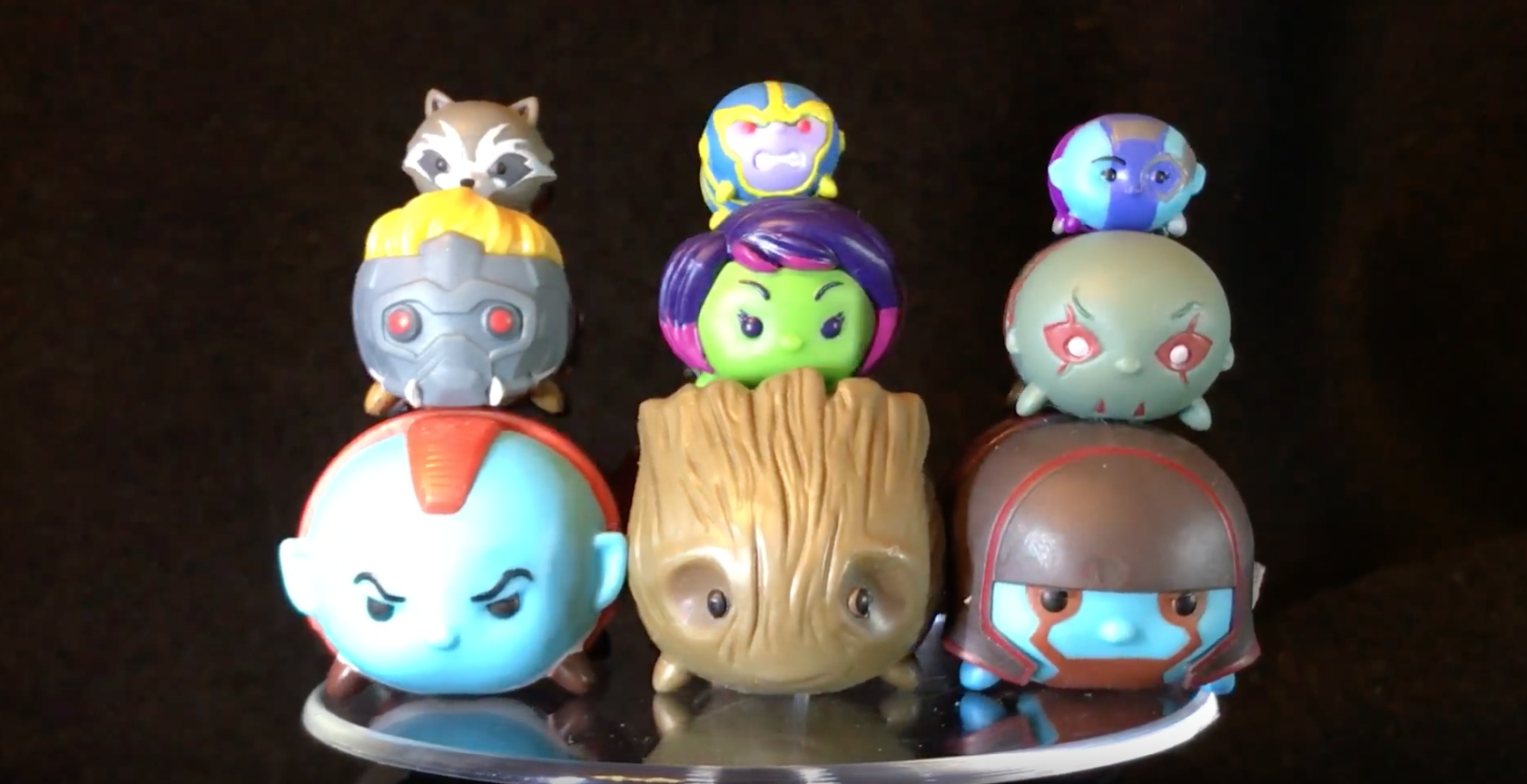 The 3rd series of Jakks Pacific Marvel Tsum Tsums are starting to show up at various stores.  While we posted detailed videos and photos of the new Iron Man Hall of Armor Tsum Tsum set last week, there is one other set that has been released in Series 3 and that’s the Guardians of the Galaxt Set.  The set includes 3 Large Tsum Tsums, 2 medium Tsum Tsums and 3 small Tsum Tsums.  Most of the new Tsum Tsums can be see in they compartments, but one of the Large Tsum Tsums is a Mystery Tsum Tsum.  Below are showcase videos of all 9 of the Tsum Tsums as well as a look at the entire set.