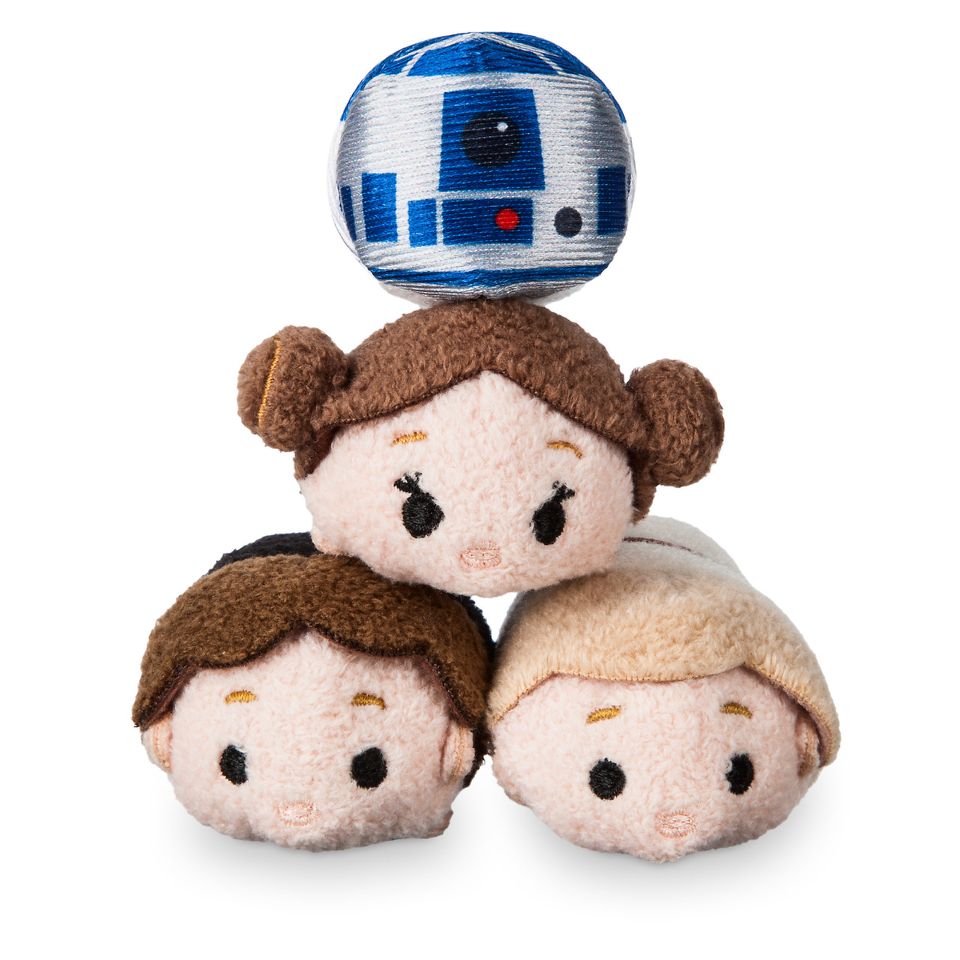 Disney is set to release some new Star Wars 40th Anniversary merchandise on May 25 at Disney Stores and Disneystore.com.  Among the new products is the Star Wars 40th Anniversary Tsum Tsum Set.  The new set features 4 Micro Tsum Tsums including Princess Leia, Luke Skywalker, Han Solo and R2-D2 .  The set will retail for $19.95 per set and includes packaging that looks like the Millennium Falcon. 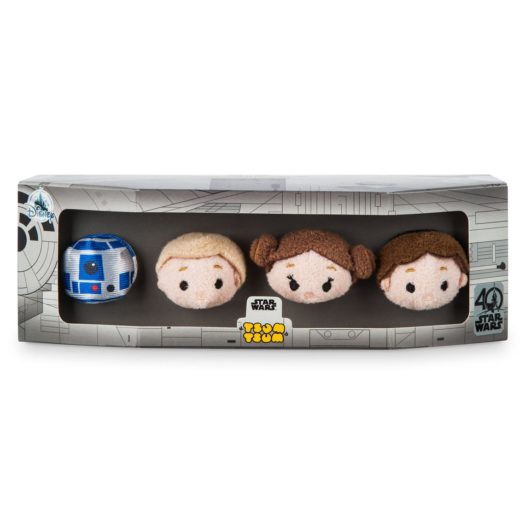 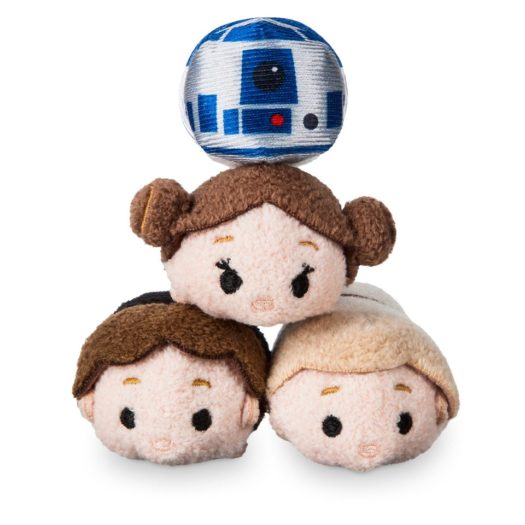