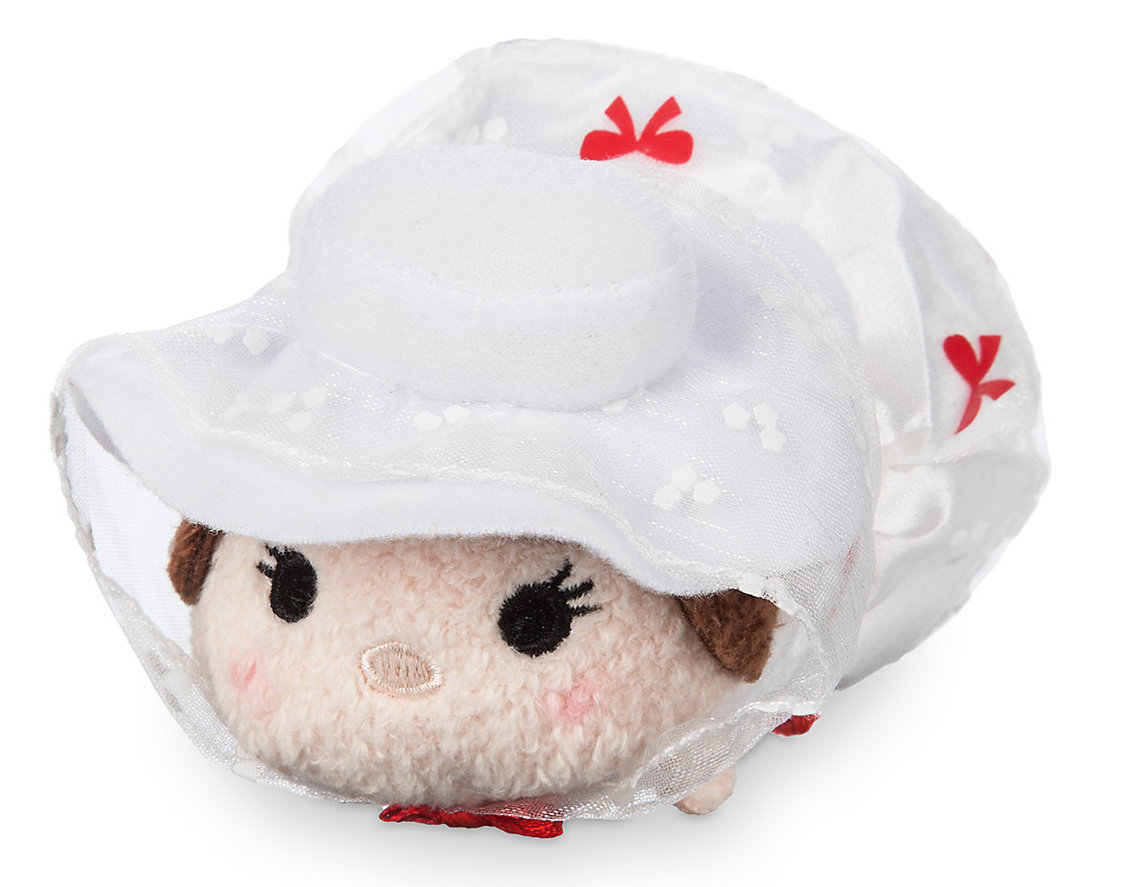 Earlier today collectors got their first previews of the 2017 D23 Expo Tsum Tsum sets.  Immediately one of the most popular was the Mary Poppins set.  The 4-piece set is LE 1000 and retails for $29.95.  The set will make its debut on opening day of the Expo and will be released at the Disney Store on the show floor. We thought that we’d take a closer look at the Tsum Tsums in the set.  Yes, the packing is also amazing, but the nostalgia of the set truly makes this set super popular.  Below are detailed photos of all four of the Tsum Tsum and of course we’ve included photos of the sides of the Tsum Tsums and the packaging.