Lucky time for the Classics Series of Tsum Tsum now in the Disney Tsum Tsum App!

Use these new Tsum Tsum to get an advantage in the event!

The boy from Never Land who never grew up. Clears a vertical line of Tsum Tsum.

A tough street dog who is loved and respected by his friends. Clears Tsum Tsum in a horizontal line and heart shape!

A magical being who tells Pinocchio to wish upon a star. Magic Bubbles appear with 3 chains for a short time!

A rambunctious and adventurous pup. Tap as many times as the number of footprints to clear horizontal lines of Tsum Tsum!

A caring mouse who does all he can to make Dumbo happy. Magical Bubbles appear at random. 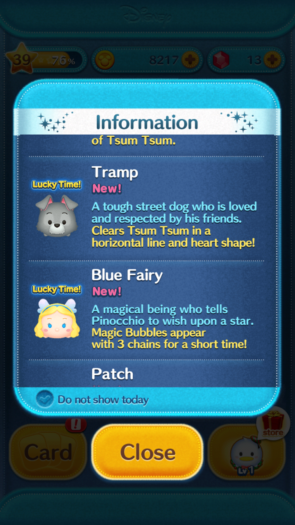 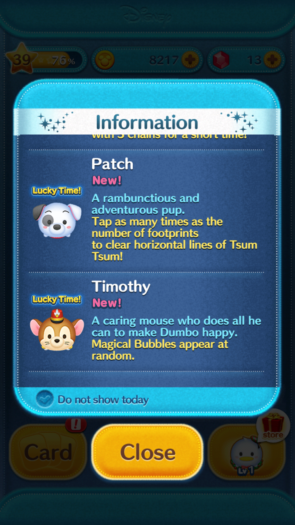