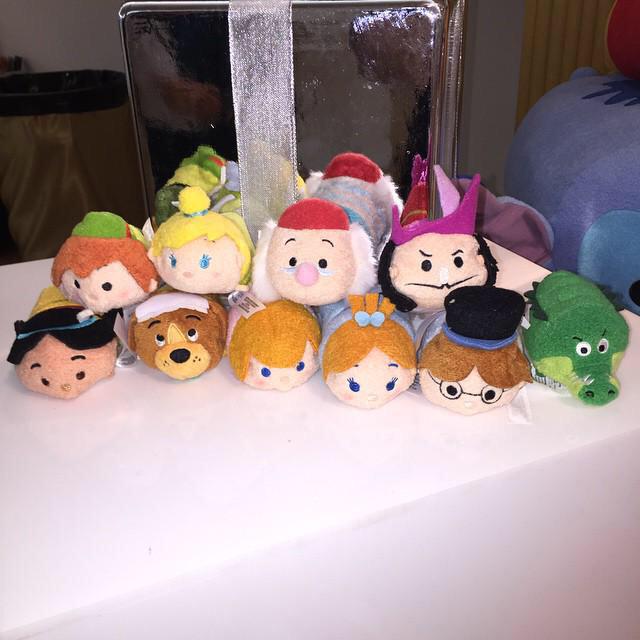 Sources have offered a first look at the new Peter Pan Tsum Tsum collection that is tentatively scheduled for release in November. Get ready to take flight with Peter Pan to the “second star to the right” and beyond… to Never Land! With faith, trust and Tinker Bell’s pixie dust.! The ten piece set includes Tinker-Bell, Peter Pan, Tiger Lily, Wendy, John, Michael,  Nana (the dog) Captain Hook,  Smee and Tick-Tock.