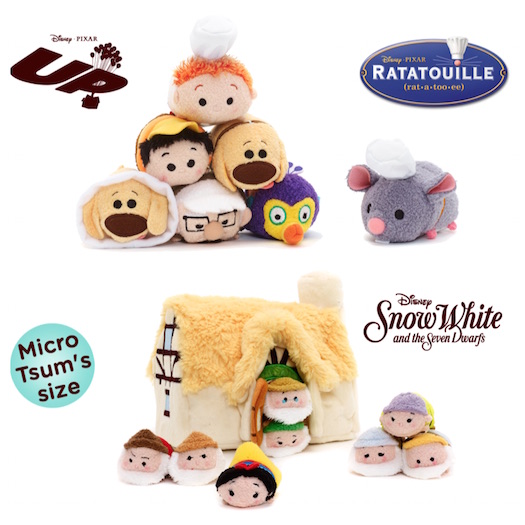 It’s officially Tsum Tsum Tuesday and the first news of the day is the release info for the new Best of Pixar Series 2 Collection and Snow White and the Seven Dwarfs Micro Tsum Tsum Set in the UK and Europe.  Both sets will be released on July 18.  The Best of Pixar Series 2 Collection will include Kevin, 2 versions of Dug, Carl, Russell, Remy and Linguini.  The new Snow White and the Seven Dwarfs Micro set includes Snow White, Doc, Grumpy, Sleepy, Dopey, Happy, Bashful and Sneezy Micro Tsum Tsums in a plush cottage.  Look for both of these sets on July 18 at Disney Stores and Online in the UK and Europe.