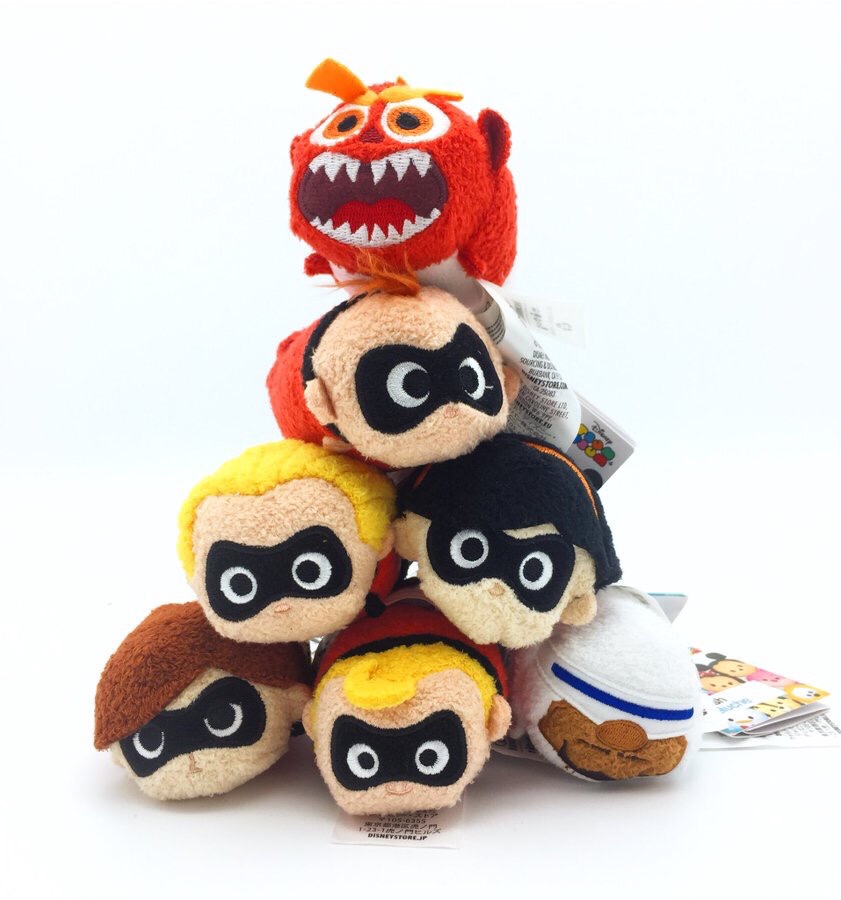 A few weeks ago, Disney Released previews of the upcoming Incredibles 2 Tsum Tsum Collection that was being released in Japan. The word floating around was that the new set would also be released in the US, but little we collectors know there might be some “exclusives” with in the US release. Earlier this afternoon Disney artist Jerrod Maruyama posted a photo of the new series that is currently available at the Pixar Studio Store and this collection includes a Fire Jack Jack. Look for this new series to be released online at ShopDisney.com and in stores next month. Stay tuned.