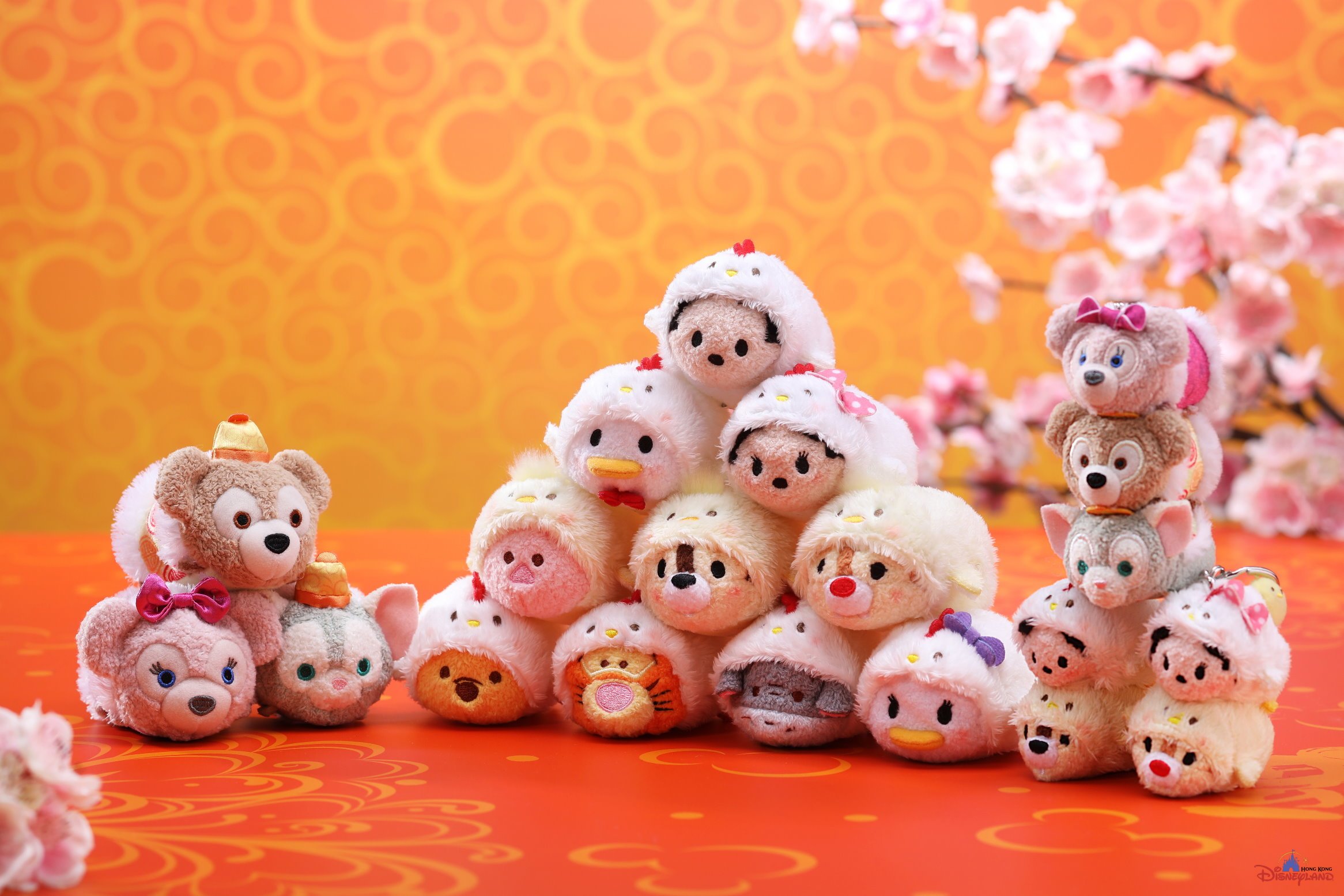 The new Year of the Rooster Tsum Tsum set was released in Japan a few weeks ago, but the new set is about to also be released at Hong Kong Disneyland.  The new set that celebrated Chinese New Year will be joined by new Duffy, Gelatoni and ShellieMay Tsum Tsums, three new Tsum Tsum Keychains, Tsum Tsum Tins filled with chocolate and/or cookies and set of Tsum Tsum cups. Below is a look at the new Tsum Tsums courtesy of our friends at Disney Magical Kingdom Blog.