The 2016 Year of the Monkey Tsum Tsums were released in Japan last week and have now made their way to Hong Kong Disneyland.  A photo of the new series was posted by @DMK_Blog on Twitter and features a look at the two box sets.  One box set contains Pooh, Piglet, Eeyore and Tigger, while the other one contains Mickey, Minniey, Donald, Daisy, Chip and Dale. 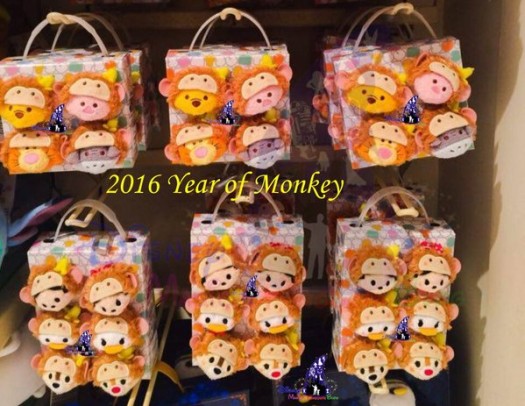